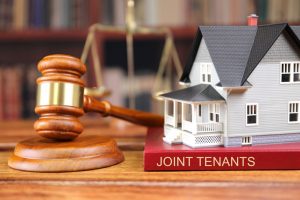 15 years ago, I bought an apartment in a beautiful quiet complex on the Mijas road.  The complex was only a few years old and most owners were retired or second holiday home owners.  That was just what I wanted; somewhere nice and quiet.  There were hardly any rules required.   In fact the community rules were no more than 10 simple points on one single A4 pages that the president handed out to the new owners.   Wonderful and easy to follow.

However even these ten Commandments as short as they were, soon found themselves in a problematic situation.  The first community rule that was agreed by all those present at one of the AGMs that there will be no cats or dogs allowed on the community.  Fine.  Nobody in the community was against it.  They all wanted a quiet community, no barking dogs or cat faeces on the lawn.   You would think fine, however even when this rule was passed there was already one community members with a cat.  The said member was very considerate, never let his cat out the apartment and only walked it at night on a leash.  Never seen a cat on a leash?  Well I have.  All fine you would think, until another owner ended up with a dog that they had to look after when another family member passed away.  The dog was friendly, they kept him on leash and took it outside of the urbanization for the dog to do its business.  Fine you would think but no, this time the community did not want to set precedence.   So with all their might they started suggesting to the owner that he should rehome the dog or else legal actions would follow suit.  Well there was only one problem, legally this community rule could not be enforced in Spain.  The community rule cannot dictate what you can or cannot keep inside your house as a pet unless it is unanimously agreed and put into the bylaws.  This is at least what we were told.

Community rules of this type generally come about because of previous bad experiences or problems that arise in a community.  This particular rule I found out had come about because of the neighbouring community having a tenant with some 5 or 10 hunting dogs that were locked in a basement.  The nuisance led to the this rule being added to our community rule to avoid this event or anything faintly similar to it happening in our community.  In the years that I lived there, several other community rules were added, such as no nude swimming, no swimming after 10pm and so on and so on.

I am personally not particularly fond of rules but often I have come to communities where the community rules are several pages long if not a whole chapter resembling a book.  Most probably all due to single or repeated and unpleasant incidents.  However once in place these community rules are what finally creep up bit by bit to make life in a community unbearable and unpleasant.  There will be a point that it will interfere with our freedom and with our lives beyond an acceptable point. The pendulum has swung from freedom to the other extreme end of dictatorship and a policed estate.

When was the last time you revised your community rules and removed those unnecessary rules that were made years ago and may not be applicable or even enforceable for that matter?   Or are you pro rule upon rule?  or are you a free bird who wants to live in harmony?